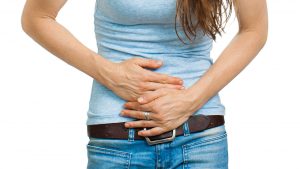 Some of the most common causes of diarrhea are:

Many types of bacteria, consumed through contaminated food or water, can cause diarrhea. Common bacteria responsible for diarrhea are campylobacter, salmonella, shigella and coliform.

Many viruses cause diarrhea, such as rotavirus, Norwalk virus, cytomegalovirus, herpes simplex virus and viral hepatitis.

Some people cannot digest a food component, for example lactose, the sugar found in milk.

Parasites can enter the body through food or water and settle in the digestive system. The parasites that cause diarrhea are: giardia lamblia, Entamoeba histolytica, and cryptosporidium.

In many cases, the cause of diarrhea cannot be found. If the diarrhea stops on its own, it is not necessary to do extensive testing.

What are the symptoms of diarrhea?

Diarrhea may be accompanied by cramps, abdominal pain, bloating, nausea or an urgent need to use the bathroom. Depending on the cause, a person may have a fever or stools with blood.

Diarrhea can be either acute or chronic. The acute form, which lasts less than 2 weeks, is usually associated with bacteria, viruses or a parasitic infection. Chronic diarrhea lasts longer than 2 weeks and is usually associated with functional disorders such as irritable bowel syndrome or diseases such as celiac disease or inflammatory bowel disease.