A pilonidal cyst or coccyx is a fistula (tunnel under the skin) where we have our so-called “tail”. From the outside it looks like an irritated pimple that can be small, medium or large in size – pus builds up inside.

Where is it coming from?

The spot is susceptible either due to hair growing internally or due to injury. Those born with a small dimple in the skin between the buttocks are most susceptible. During World War II, over 80,000 soldiers developed it. The cause was thought to be friction on the spot from driving jeeps on rough roads. Read more 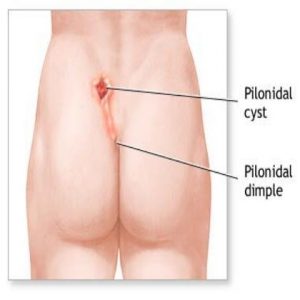 Who most often develop coccyx cyst?

How has coccyx cyst been treated so far?

Until now, coccygeal cysts have been treated exclusively by surgery, which involved extensive excision (cutting of tissue) in the coccygeal area using laser, radiofrequency (RF) or a simple scalpel. Read more 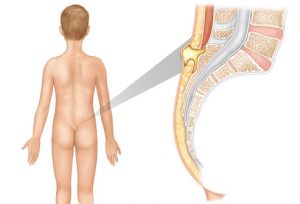 What is the new technical treatment for coccyx cyst?

Things have been changed since 2012, when Dr. Alkiviadis Pappas first developed the SiLaT technique, which has now become widely accepted and tends to completely replace the old methods. This treatment differs from any other known method, since it is applied internally into the fistula with the help of a microcamera, without incisions and trauma, and ensures a success rate of over 95%. Read more

How is laser treatment applied?

SiLaT treatment is performed in a single session, using a painless surgical laser that allows the application of thermal energy to the inner walls of the fistula under local anaesthesia. The laser energy induces a controlled photothermal process with a strong antiseptic and mild inflammatory effect, resulting in rapid healing and closure of the fistula and definitive healing of the patient. Read more

What are the advantages of the SiLaT technique?