What is Fecal Incontinence?

A large proportion of the population, up to 10%, appears to suffer from some form of fecal incontinence. This problem affects people of all ages (children and adults) and is more common in older women and adults.

Fecal incontinence can have many causes. The most common of these are:

Constipation is one of the most common causes of fecal incontinence. It usually causes the accumulation in the stool of large coprolites, i.e. hard masses of stool. Watery stools may then leak around the coprolites. Constipation also causes a prolonged stretching of the muscles of the rectum, resulting in their weakening and inability to hold it in place for as long as it takes for the person to reach the toilet.

Muscle damage
Fecal incontinence can be caused by damage to one or both of the ring muscle sphincters. The outer and inner muscle sphincter are among the main muscles of the continence mechanism. If these muscles become attenuated, then stool leakage is caused.

In women, the damage usually occurs during childbirth. In recent studies it is reported that in 30% of normal deliveries we have some form of damage to the sphincter mechanism, resulting in some form of incontinence. The risk of injury is greater if the doctor uses forceps to deliver the baby. The practice of an episiotomy, which is an incision in the lateral wall of the vagina made to prevent arbitrary tearing of the vagina and rectum at birth, does not appear to reduce injury rates.

Nerve damage
Fecal incontinence may be due to damage to the nerves controlling the anal sphincters or to the sensory nerves that control the amount of feces in the rectum and activate the mechanism of emptying. Incontinence is likely to occur if the nerves that control the sphincters are injured and the muscles do not work properly. If the sensory nerves are damaged, there is no sensation of the rectum being filled with stool and the emptying reflex is not activated. This results in not feeling the need to use the toilet until the fecal sludge has leaked out. Nerve damage can be caused by childbirth, the habit of staying on the toilet for long periods of time during defecation, strokes, physical disability due to injury, and conditions that affect the nerves, such as diabetes mellitus and multiple sclerosis.

Loss of storage capacity
Under normal circumstances the rectum has a fairly large storage space, the lining, which is arranged according to the volume of stool, allowing us to control the desire to defecate until we reach the toilet.

Various surgical procedures on the rectum, such as Logo hemorrhoidectomy, therapeutic radiation of the area and inflammatory bowel disease, can cause scarring of the walls of the rectum, making this part of the bowel less flexible and elastic. The rectum then cannot be stretched enough to hold the fecal pulp, resulting in fecal incontinence. Inflammatory bowel and rectal disease cause irritation to the walls of the rectum and reduce the ability to hold stool.

Diarrhea
Watery stools are more difficult to control than solid stools because the rectum fills with fecal contents at a faster rate. Even people who are not fecal incontinent may have a small loss of stool when they have diarrhea.

Pelvic floor dysfunction
Alterations or functional disorders of the muscles and nerves of the pelvic floor can cause fecal incontinence.

Childbirth is often the cause of pelvic floor dysfunction, but incontinence usually occurs in the third decade of life or later. 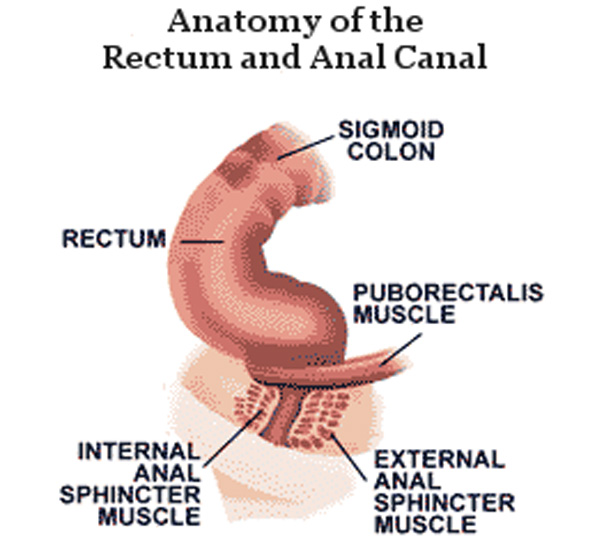