How is the Clinical Examination done? 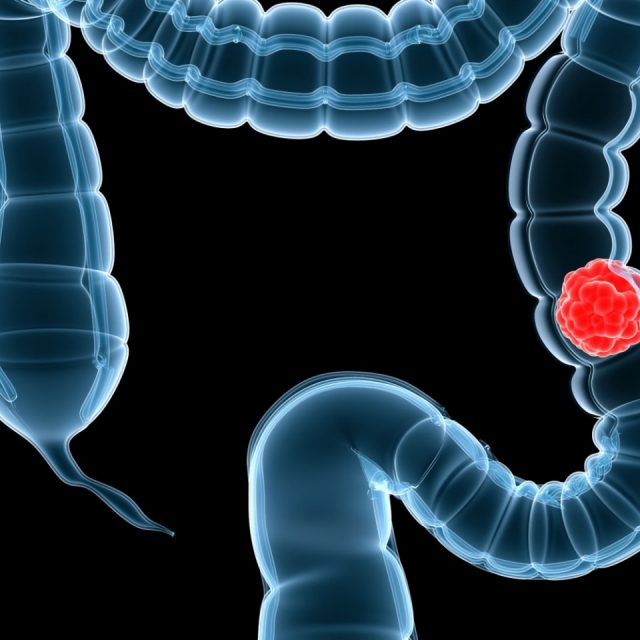 During the diagnostic tests, the doctor takes the patient’s history and determines the nature of the symptoms through a series of questions in order to clarify all the important details.

A personal health history and a brief family history is also taken.

Then the abdomen is thoroughly inspected in order to identify any abdominal flatulence, swollen organs or glands, or abdominal palpable masses.

Rectal cancer is often detected by clinical examination. Therefore, the doctor examines the rectum in three ways: using the finger (finger examination), rectoscopy (examination of the rectum with a hollow telescope, which detects hemorrhoids, etc.), and rigid sigmoidoscopy.

Rigid sigmoidoscopy is performed with a 20 cm long instrument connected to a light source and a blower. This instrument allows the examination of most of the rectosigmoid.

None of the above examinations are particularly painful, although there may be some discomfort due to the presence of an irritated or injured anus/rectum.

The importance of these examinations in forming a correct clinical picture is more than critical, so the patient should overcome any misgivings or embarrassment caused by undergoing any of the above examinations.

What are the stages of the investigation?

Many of the symptoms that lead the patient to the doctor in order to rule out rectal cancer are caused by simple benign conditions. In most cases the outcome of the session is reassurance and simple instructions accompanied by a prescription.

In other cases, the doctor will prefer to proceed with further tests.

The indicated tests are as follows:

This test is considered the “gold standard” for the colon and anus.

It allows an excellent view of the interior of the bowel, and more specifically the mucosa, while allowing for the possibility of taking photographs, and most importantly taking biopsies of suspicious areas. Also, colonoscopy provides the possibility of removing polyps. This procedure is called “polypectomy” and is achieved by using a surgical instrument which carries an electric current.

Colonoscopy is performed with a colonoscope, which is a flexible instrument made of haptic fibers. The elastic glass fibers transmit light and images, which are recorded on digital video.

There is no need for total anesthesia, only intoxication and analgesia. This is a routine test, which means that the patient does not need to be hospitalized.
Colonoscopy, however, is relatively invasive for two reasons:

After polypectomy or if the patient is taking anticoagulant drugs, which “thin” the blood, bleeding may occur. In most cases the bleeding can be controlled conservatively, without excluding the possibility of surgery.

Reactions to sedation/analgesia drugs rarely occur, but the examination is always performed under pulse and breathing control. The above risks are extremely rare as they usually occur in a ratio of 1:500 -1:1,000, for this reason colonoscopy is a 99.8% safe test.

This examination is similar to colonoscopy, but there are two main differences. As sigmoidoscopy only examines the left side of the colon, there is no need for a full bowel preparation and there is a much lower risk of complications.

It is chosen in case the doctor hypothetically identifies the problem on the left side of the colon.

After the barium enema, x-rays are taken.

It provides reasonably good images of the colon, but is not so good for the anus. It should therefore be supplemented with rigid or flexible sigmoidoscopy. It requires “full bowel preparation” as in colonoscopy. The main disadvantage of this examination is that it does not allow for simultaneous biopsy or polypectomy if needed.

CT is a widely used method of imaging the whole body and abdomen, which gives excellent images of solid organs and structures. It is not, however, good at imaging organs, such as the air-containing bowel. For this reason it is not the first test for bowel problems. However, when cancer is detected, CT is essential to determine the stage of the particular condition and how advanced the cancer is.

Recently, CT scanning has been enhanced with virtual reality technology so that it can produce reconstructed “real” images of the bowel that are quite accurate.

This technology is evolving very rapidly and it is speculated that in a few years CT colonoscopy will replace a plethora of colonoscopies.

The main advantage that will result from this will be the avoidance of the risks of colonoscopy.

The main ones are: