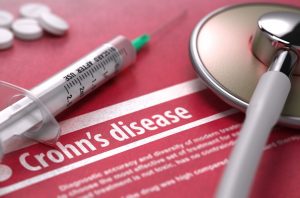 The treatment of Crohn’s disease depends on where it has occurred, the severity of the disease, the complications and the reaction to previous treatment. The aim of treatment is to control inflammation, restore nutritional deficiencies and relieve symptoms such as abdominal pain, diarrhea and rectal bleeding. Treatment may include medications, nutritional supplements or a combination of the two. Treatment, for now, only achieves disease control, and nothing more.

Some people experience long periods of remission, lasting even years, where they are symptom-free. The disease, however, recurs several times during the patient’s lifetime. This pattern of disease change means that one cannot always clearly distinguish when a treatment has actually helped. Predicting a remission or recurrence of symptoms is not possible.

Sometimes, a patient with Crohn’s disease may need long-term treatment, with regular visits to the doctor to keep the disease under control.

What is Drug Treatment?

Most people start their treatment with medicines containing mesalamine, a substitute that helps control hidden inflammation. Sulfasalazine is the most common of these medicines. Patients who do not benefit from it or who cannot tolerate it can take other drugs containing mesalamine, known as 5-ASA agents. Possible side effects of mesalamine, include nausea, vomiting, gastric burning, diarrhea and headache.

Some patients take corticosteroids to control inflammation. These medications are the most effective for active Crohn’s disease, but they can cause serious side effects, including a greater susceptibility to infection.

Other medications used for Crohn’s disease are those that suppress the immune system. Those commonly prescribed are 6-mercaptopurine and a related drug, azathioprine. Immunosuppressive agents work by suppressing the immune system that contributes to inflammation. These drugs, however, can cause side effects such as nausea, vomiting and diarrhea and may reduce the body’s resistance to infection. When patients receive a combination of corticosteroids and immunosuppressive drugs, the dose of the former may eventually be reduced. Some research suggests that immunosuppressive drugs may enhance the effectiveness of corticosteroids.

The US Food and Drug Administration (FDA) has approved the drug infliximab for the treatment of moderate to severe Crohn’s disease that does not respond to standard treatments such as mesalamine substitutes, corticosteroids, immunosuppressive agents and for the treatment of open fistulas.

Infliximab, the first therapy approved for Crohn’s disease in particular, is a tumor necrosis factor (TNF) replacement. TNF is a protein produced by the immune system that can cause the inflammation associated with Crohn’s disease. Anti-TNF removes TNF from the circulatory system before it reaches the gut, thus preventing inflammation. Researchers continue to study patients taking infliximab to determine its long-term safety and effectiveness.

Antibiotics are used to treat overgrowth of bacteria in the small intestine caused by strictures, fistulas or previous surgery. For this common problem, the doctor may prescribe one or more of the following antibiotics: ampicillin, sulfonamide, cephalosporin, tetracycline, or metronidazole.

Diarrhea and cramping abdominal pain are often relieved when the inflammation subsides, but additional medication may be needed. Various agents, including diphenoxylate, loperamide and codeine, can also be used against diarrhea. Patients who are dehydrated from diarrhea are given fluids and electrolytes.

The author does not endorse or favor any particular advertising product or company. The trade names appearing in this informative text are used only because they are considered essential to the content of the information provided on this website.

A doctor may recommend nutritional supplements, especially for children who have experienced slowed growth. Sometimes special, high-calorie liquid formulas may also be used for this purpose. Only a small number of patients may require periodic intravenous feeding. This may help patients who need temporary further nutrient intake, those whose bowels need rest, or those who cannot absorb nutrients from food.

What surgery is indicated to treat the disease?

Surgery to remove part of the intestine can help treat Crohn’s disease, but it cannot cure it. Inflammation tends to return next to the part of the bowel that has been removed. Many patients need surgery, either to relieve symptoms that do not respond to medical treatment or to repair complications such as blockage, perforation, abscess and bleeding of the bowel.

In some people who have developed Crohn’s disease in the colon, a total removal of the colon must be performed, with the procedure of a total colectomy. During this surgery, a small opening is created in the front of the abdominal wall, and the tip of the ileum is moved to the surface of the skin. This opening, called the stoma, is your body’s “trash can”. The stoma is the size of a quarter and is usually located in the right lower part of the abdomen near the waistline. A pouch, called a neonate, is placed over the opening for waste collection and the patient empties the pouch as needed. The majority of patients who have had a colectomy continue to live a normal and active life.

Because Crohn’s disease often recurs after surgery, patients are advised to weigh the benefits and risks of Crohn’s disease properly compared to other treatments. Surgery may not always be suitable for everyone. People facing this dilemma are advised to obtain as much information as possible from doctors, allied health professionals and other patients before making their final decision.

Crohn’s disease sufferers may experience periods during which they have no symptoms when the disease is not active. Despite the need for long-term medication and hospitalization, most are able to hold down jobs, raise their families and function successfully at home and in society.

Researchers continue to search for more effective treatments for the disease.

Examples of experimental treatments include: